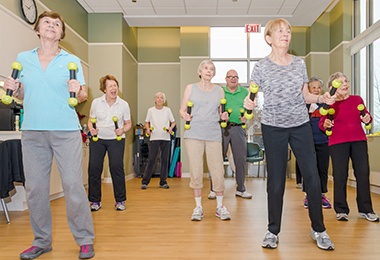 Bindy, a resident at The Admiral at the Lake, was born and raised in Chicago and is proud to have lived here all of her life. Bindy recently shared with us some of her favorite places to visit, as well as a bit about her fascinating background.

When Bindy graduated college in 1952, she wasn’t sure if she would stay in Chicago. She found the city, in her words, boring. But as the years went on, she felt the city began to change for the better.

As time passed, she noticed Chicago becoming more integrated and more welcoming of immigration, which brought in more and more interesting people from different backgrounds. Thus, the city began to become more culturally diverse. That, in turn, differentiated it from other large cities, in Bindy’s opinion.

“The people of Chicago are really friendly,” Bindy said. “That’s the thing that substantially differentiates us from cities like New York, Los Angeles and other major cities. We are very cultural and include many people from different backgrounds.”

Bindy owned an antique store, Eureka!, in Evanston, one of Chicago’s first suburbs, for over 35 years. Her antique shop was far from ordinary as she sold non-traditional and — as she describes it — funky treasures.

At her store, you could find things such as opera and theatre programs, advertising collectibles, and Chicago memorabilia, as well as a few other surprises.

During her years as a store owner in Chicago, Bindy said she enjoyed making friends and meeting new people in her shop.

Bindy enjoys the theater and loves to act. She also has a son that is an actor.

“Chicago is very cultural and creative,” she said, “We have many live theaters here in Chicago and also do play readings here at the Admiral.”

Edgewater is known for its storefront theater district. Many of the theaters are within close walking distance or a short bus ride from The Admiral. You can choose from the CityLit Theatre, Redtwist Theatre and Steep Theatre just to name a few.

Bindy suggests to people visiting Chicago that they should visit The Art Institute of Chicago, as well as another place that not a lot of people outside of Chicago are aware of:

Retirement: Move Sooner Rather Than Later

As Bindy was deciding when and where she should retire, it made sense to her to downsize as soon as she retired while she was still in great health. Why? Because she wanted to start enjoying the opportunities that a retirement community offered.

Bindy’s advice for those trying to decide if and when to downsize and move to a retirement community: Move while you are still young and healthy and you can still enjoy the opportunities that retirement brings.

“An awful lot of people, no matter where they go, should move out of the homes that they love if they are alone because it’s imperative that you get out with other people. Otherwise, your chances of developing some sort of dementia increase,” she said. “ Companionship has been proven to be extremely important.”

Enjoying Retirement at The Admiral at the Lake

When Bindy decided it was time to retire, she started looking into her options for retirement communities in and around Chicago. It was important to her to stay near to the city.

During her research, The Admiral at the Lake stood out to her because she loved the people and felt like she related to them more so than at her other options.

“One of the reasons why I moved to The Admiral was that the people come from such interesting backgrounds and are willing and anxious to do such innovative activities,” Bindy said.

She knew if she moved in, she would get to meet new people from different backgrounds and make new friends. She also enjoys the company of the staff and feels they are responsive to residents’ needs.

The resident-driven lifestyle was also important to her as she likes to stay active and do the things that she likes with people who share similar interests.

“Since I’ve been here, I’ve started a hearing support group because I am hard of hearing,” Bindy explained. “We didn’t have anything literary, so I started a literary program. Every six weeks we pick a topic, and we receive submissions from residents and staff. We display them for about two weeks for others to enjoy.”