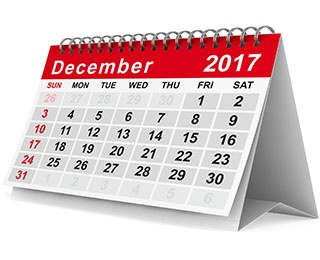 Windows on the world. The neighborhoods in Chicago offer a glimpse into the world of the area’s waves of settlers from around the world. On the north side, wait in anticipation for Tomten as if you were in Sweden in Andersonville or celebrate with the large Greek population near Lincoln Park. Around Mount Greenwood, those with Irish roots and in Koreatown, residents observe the Christian holiday.

Buddhists whose forebearers arrived from China, Japan, East Asia, and Russia commemorate Bodhi Day December 8. And although they won’t celebrate Tet until 2018, most of the Vietnamese, Laotian, Cambodian and Hmong immigrants near Asia on Argyle are Americanized enough to enjoy the December holidays with their own unique flavor.

December 6 marks the birthday of Muhammad for Muslims, many of whom come from the African nations of Sudan, Liberia, Nigeria, Angola, Cameroon, Somalia, Sierra Leone, Uganda, the Congo, and Ethiopia, and Eritrea or the Eastern European/Russian states of Assyria, Bosnia, Palestine, Iraq, Lebanon, Croatia, and Yugoslavia, and many of whom live in the Edgewater/Uptown area.

Throughout the city, many African-American families light their Kwanzaa candles next to the Christmas tree. And Jews quietly observe the Feast of Lights amidst the revelry.

Holiday Events near The Admiral at the Lake

Here at The Admiral at the Lake, our residents step outside our front door to marvel at  decorations as they celebrate—or choose not to celebrate—seasonal holidays. Within a few blocks, there are holiday and other activities galore to enjoy.

During the same dates, model train aficionados can watch model trains wind their way through a miniature village among poinsettias at the Holiday Flower Show at Lincoln Conservatory.

Don’t forget to stop back at the zoo December 7 for BrewLights, which includes samples of draft.

Head south to Festival Hall at Navy Pier from December 1 to January 7 for Winter WonderFest, which features music, carnival rides, and entertainment.

Sip hot cocoa as you take a ride on the Polar Express from December 1 through January 1. The one-hour train ride begins and ends at Union Station at Jackson Boulevard.

Start your weekends off in the holiday spirit with Caroling at Cloud Gate. From 6 to 7 p.m. December 1, 8 and 15, join choirs to sing holiday classics outside in Millennium Park.

On December 2, get your Santa on at Soldier Field as part of the 9 a.m. 5K Santa Hustle (or 8:30 a.m. 1-Mile Rudolph Run or 8:45 a.m. 100-Yard Santa Sprint). You can get lots of Santa gear for competing, and this year’s event benefits the American Cancer Society. Afterward, you can go to Navy Pier for the post-race party!

Or you could trot on over to the Congress Plaza Hotel, where hundreds of people in Santa suits participate in SantaCon Chicago, which starts at the hotel and then heads to city bars. The event begins at noon, so you’ll have plenty of time to run on over.

Watch the St. Lucia Day procession at 4:45 p.m. on Clark Street in Andersonville December 13, followed by a 5 p.m. program at the Swedish American Museum. At 7 p.m., the celebration continues at Ebenezer Lutheran Church, 1650 W. Foster Ave., with holiday songs, readings and a final St. Lucia procession.

Andersonville celebrates its Swedish heritage December 2-3 with Julmarknad, a Christmas bazaar of Scandinavian food and gift items and traditional entertainment at the Swedish American Museum.

Select handmade gifts from 600 artists while enjoying entertainment and food at the holiday edition of Merchandise Mart’s One of a Kind Show and Sale December 7-10.

The Christmas Schooner, a musical based on the story of a 19th-century captain who risks everything to bring the Christmas spirit to Chicago’s German immigrants, continues through December 31 at the Mercury Theater on Southport Avenue.

Many holiday traditions include a performance of Tchaikovsky’s The Nutcracker. And who better to interpret the classic with brilliant costumes, fanciful scenery, and entrancing storytelling than the Joffrey Ballet and the Chicago Philharmonic at Auditorium Theatre December 1-30?

If you prefer to encourage the younger generation, you can attend a production of The Nutcracker by the youthful members of Ballet Chicago at Athenaeum Theatre December 9-10 and 15-17.

Get in the spirit of the season December 7 with a selection of secular and sacred holiday music sung by student musicians and singers at Joyola! at Loyola University.

A few days later, the tone shifts decidedly away from the secular with Lessons and Carols. The program combines 9 short Bible readings and Christmas carols, hymns, and choral music at 4 and 7:30 p.m. December 9 in the Madonna della Strada Chapel at Loyola University.

Hear beautiful and inspiring sacred music by the Music of the Baroque Chorus at Holiday Brass & Choral Concert at 8 p.m. December 15 at St. Michael Catholic Church in Old Town.

Members of the Chicago Symphony Orchestra perform Merry, Merry Chicago with the Chicago Children’s Choir December 15-17 and 22-23 at Symphony Center.

The Apollo Chorus of Chicago presents Handel’s Messiah December 16 at 7 p.m. and December 17 at 2 p.m. at Harris Theater at Millennium Park.

Join in the chorus as part of the Do-It-Yourself Messiah at 7 p.m. December 18-19 at Harris Theater for Music and Dance in Millennium Park.

On December 30 at 2:30 p.m., costumed dancers and singers bring the waltzes of Strauss to life, as a full orchestra plays at Salute to Vienna New Year’s Concert at the Symphony Center.

Even if you’re not into the numerous parties being thrown around town, you can welcome the new year with New Year’s Eve Fireworks at midnight at Navy Pier.

Celebrate with comedy this year at Under The Gun Theater with a buffet dinner, two improv comedy shows and midnight champagne as part of their New Year’s Eve Party.

What Else Is Going On?

If you didn’t get your fill at Halloween, take in these 5 contest-winning audio nightmares performed live with sound effects as part of Deathscribe December 4 at Lincoln Hall.

The Edgewater Chamber of Commerce celebrates the end of another successful year (and raises funds for the next) at its Holiday Mixer December 7 at Colvin House, 5940 N. Sheridan Rd.

Join the steampunk party December 9 as part of Electric Moulin Mansion, which promises “a spectacular night filled with exotic shows, world-class musicians, and colossal artwork” plus cocktails at Stan Mansion.

At 2 p.m. on December 17, the Museum of Contemporary Art presents Japanese drumming, dance, and street theater as part of Taiko Legacy.

Want to become a better person? Try this!!

Enjoy the Nightlife on the North Side

Looking for a great place to listen to live music in your own neighborhood? Come enjoy live jazz—from New Orleans root rhythms to New York avant-garde at the Green Mill Cocktail Lounge.

Through Dec. 17—The Infinite Wrench

Through Dec. 18—I Saw My Neighbor on the Train and I Didn’t Even Smile

Through Dec. 31—A Christmas Carol

The Best of Chicago near The Admiral at the Lake

At The Admiral at the Lake, we don’t have to brave Chicago’s weather to enjoy entertainment, lectures, classes, art and other pursuits. Active (and well-connected) residents bring them to us. However, when we do step outside our door, we have a wide selection of activities and attractions within blocks.

We’re only a 9-minute walk from the Red Line at Argyle, so Chicago’s excellent transit system can take us almost anywhere. With access to the entire city and so much to enjoy in our local neighborhoods of Andersonville and Edgewater, residents of The Admiral at the Lake embrace the vibrant diversity of Chicago’s north side.

At The Admiral at the Lake, we love Chicago and we love our lifestyles.