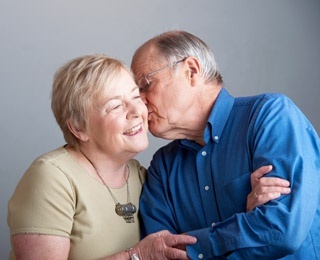 We all want to experience love, don’t we? Your heart soars, and your attention focuses on the one you love.

When love is good, it’s also good for you, according to research studies.

And although some studies equate love with marriage, since 88% of U.S. residents marry for love, it’s a valid equation.

Although research is limited, studies are showing the same benefits for same-sex marriage as for heterosexual marriage.

4 Ways to Stay in Love

Arthur Aron, PhD, one of the authors of the MRI study, offers 4 tips to foster a loving relationship:

Research on the benefits of love appears convincing, but the case could just as easily be that those who are healthier tend to be in happy, committed relationships or marriages, scientists acknowledge. Researchers also believe that living with someone encourages healthy behaviors, such as not smoking, moderate drinking, using more skin products, eating more nutritiously, and exercising more. Marriage also results in higher average incomes. Having a long-term partner also provides reassurance, which boosts self-confidence, and prevents problems associated with lack of socialization.

If you are divorced, widowed, or never in a committed relationship, take heart: Romantic love is not the only love that provides benefits. Researchers have found evidence to show that altruistic love offers mental and physical advantages, too.

The results of these studies could have major policy implications. Although scientists are researching how starvation diets, exercise and a host of physiological changes may increase longevity, some believe that the most effective way to increase lifespan may be to love.